Once Pier #5 is complete, we will launch the gantry across the inlet, set the pier segments on Pier #5 and then launch to Pier #6 (recently completed) and set the pier segments on Pier column #6. Span #6 will then be assembled by picking segments off a barge moored in this location. After Span #6 is completed, the gantry will be back-launched toward the channel to complete the other half of the cantilever section of Span #5 that crosses the channel. So for the next two months expect see a lot of activity in the area of Pier #5 (east side of the channel).

View looking WNW at Cantilever A of Span 5 of the new EB Lesner Bridge.

Although the construction of Pier #5 was delayed, other bridge work continued and a lot has been done since the last update. Since our last project update in September the following work has been completed:

· Drilled Shaft foundations at Pier #5 have been completed;

· The footing and column at Pier #6 have been completed;

· The footing at Pier #7 has been completed;

· All four drilled shafts at Pier #8 have been installed;

· Two of the four drilled shafts at Pier #9 have been installed;

· Two of the three concrete placements for bridge Abutment B have been completed;

· The new bridge fender system beneath the new eastbound bridge has been completed (only four piles remain to be installed between the two new bridges);

· The storm drain system on the eastern bridge approach has been completed;

· The storm drain system on the western bridge approach has been completed (tie-in to existing stormwater drainage system at East Stratford Street currently under way);

· The retaining wall, including scenic overlook area, along Piedmont Circle and next to American Brew and the Lynnhaven Boat Ramp Office has been completed;

· Two of the four new street lights on the western bridge approach have been installed;

· All casting of bridge segments have been completed for the project by Atlantic Metrocast in Portsmouth, VA; 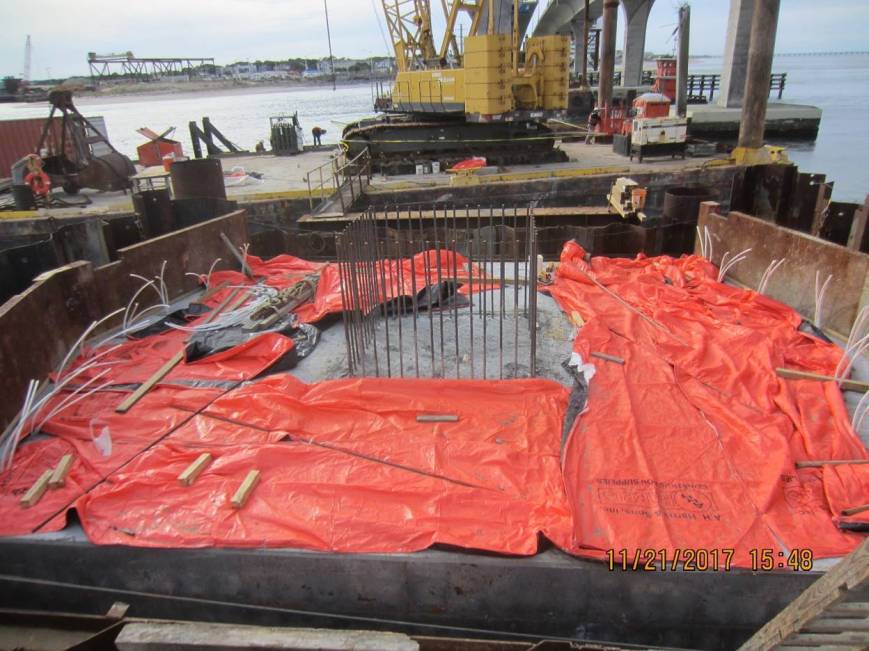 Over the next two weeks, the bridge contractor will:

· Complete MSE wall #5 located in front of the Virginia and Maryland Pilots Association ;

· Complete curbing along MSE wall #2 located next to the Lynnhaven Boat Ramp Office;

That’s it for now.

Have a Happy Thanksgiving and Please drive safely!