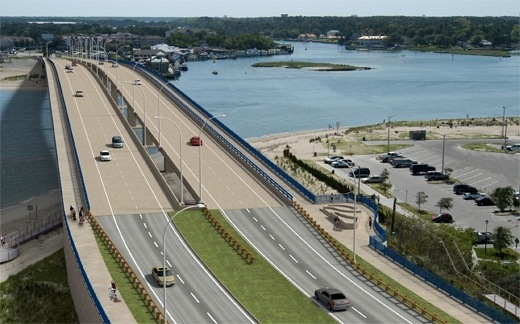 About Jeremiah Denton at Wikipedia:

Denton is best known from this period of his life for the 1966 televised press conference in which he was forced to participate as an American POW by his North Vietnamese captors. He used the opportunity to communicate successfully and to confirm for the first time to the U.S. Office of Naval Intelligence and Americans that American POWs were being tortured in North Vietnam. He repeatedly blinked his eyes in Morse code during the interview, spelling out the word, “T-O-R-T-U-R-E”.

“Others have suggested making permanent its nickname, the Lynnhaven Inlet Bridge, or bestowing the honor on longtime Vice Mayor Louis Jones, who represents part of the Shore Drive corridor.”

2 thoughts on ““Effort to rename Lesner Bridge for Denton””

Our next Meeting? Please Subscribe to our Email options below.